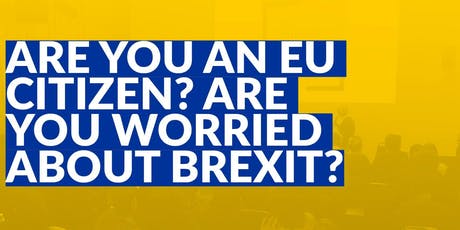 Mid Fife and Glenrothes MSP, Jenny Gilruth, has urged all EU citizens in Fife to utilise the additional support that has been put in place through £20,000 investment from the Scottish Government.

The Citizens’ Rights Project and a new charity Settled are joining forces to help EU citizens with applications to the UK Government’s EU Settlement Scheme. The Settled programme will provide advice and support to vulnerable people and those with complex needs.

The funding is in addition to Scottish Government-backed services currently being run by Citizens Advice Scotland and comes ahead of the relaunch of the Stay in Scotland campaign, as part of concerted efforts to help and encourage EU citizens to stay in Scotland after Brexit.

The MSP has long advocated for the rights and need for transparency in the Brexit process for those affected – most recently raising in the Scottish Parliament about the extra provisions in place for EU nationals, as well as facilitating an EU advice surgery in conjunction with Citizen’s Advice and Rights Fife.

“I am delighted by the announcement from the Scottish Government that they will be investing additional funds in an attempt to encourage EU citizens to stay in Scotland after Brexit.

“In Fife, fewer than a third of the 10,000 eligible EU nationals have applied for settled status. It would provide much more security and peace of mind for thousands of my constituents if the Tories scrapped the settlement scheme in favour of protecting our rights.

“The further support being made available by the Scottish Government will not only help to reach the many EU citizens in Scotland who have not yet secured settled status, but it will also look to build a network of volunteers to reach those in the most vulnerable of positions.”

“I am extremely concerned about the UK Government’s approach to their EU Settlement Scheme, and particularly their lack of engagement with those with complex needs.

“That is why we are funding the EU Citizens’ Rights Project and new charity Settled to jointly target vulnerable community groups across Scotland with advice and support.

“It is disgraceful that the UK Government is compelling EU citizens to apply to retain their existing rights, and we continue to urge the Prime Minister to fulfil his previous commitment and pro-actively guarantee people’s rights in law instead, by implementing a declaratory system.”