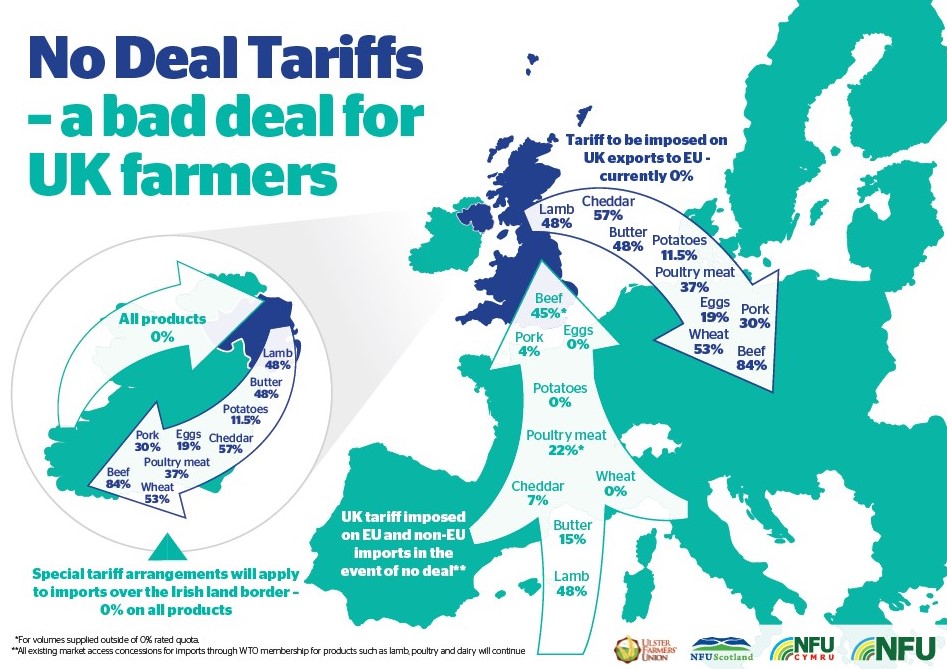 Fife MSP, Jenny Gilruth, has said that farmers across the Kingdom will feel “betrayed” by the Tory Government’s latest plans for a No Deal Brexit.

The UK government has this week announced plans to remove import tariffs in the event of a No Deal – a move that the SNP and the National Farmers Union says puts homegrown produce at a serious disadvantage.

More than half of all Scottish goods exports were sent to Europe in the last quarter, but leaving without a deal means that we will face the EU’s Common External Tariff – with tariffs of around 84% on Scotch Beef, 53% on wheat, 48% on Scotch Lamb and 30% on pork.

Commenting, the local MSP hit out at the plans:

“Local farmers will quite rightly feel betrayed by the conscious decision of this Tory government to sell-out Scottish produce.

“Almost half of our exports go to Europe, so a No Deal Brexit would be seriously damaging for Scottish businesses, jobs and the economy.

“With tariffs of up to 84% on our world renowned Scotch Beef or almost 50% of Scotch Lamb, it’s no exaggeration to say that a No Deal will devastate key sectors of our local economy.

“The SNP has consistently called for Scotland to remain in the EU so that we can maintain free trade, with no tariffs or other barriers that we currently benefit from within Europe’s Single Market.”

“Setting a low or zero tariff rate on the importation of key agricultural products, like cereals, eggs, pork, fruit and veg and some dairy produce will place many of our farmers at a significant disadvantage and undermine any efforts to negotiate new trade arrangements.

“Exports of Scottish produce like lamb and beef to the EU face the prospect of crippling tariffs as we are forced to operate to WTO rules. When we have the ambition to double the size of the farming, food and drink industry in Scotland to £30 billion, the tariff schedule, as proposed by the Government, would place that ambition in jeopardy.”