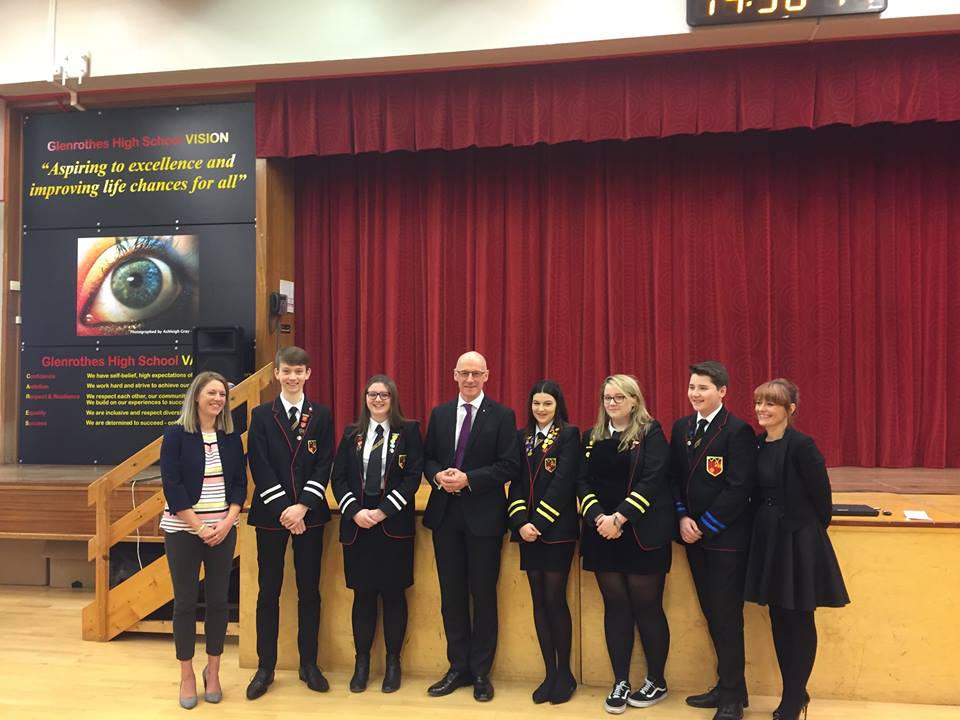 Mid Fife and Glenrothes MSP, Jenny Gilruth, has welcomed news that the national level of Higher passes has remained stable over the past year despite a fall of more than 2.4% in the S5 and S6 school roll.

The results showed a record number of entries for Advanced Higher (24,331) since changes to this qualification were made in 2015/16, with attainment rates remaining high at 80.5%.

So far, 29,830 Scottish students have had their UK higher education places confirmed. This is a 4 per cent increase compared to Scottish Qualifications Authority (SQA) results day 2017, and comes alongside a 3.1% fall in the total number of 18 year olds in the overall population of Scotland.

Of those Scottish students accepted, 28,970 will be studying at a university in Scotland.

The proportion of all 18 year olds in Scotland entering higher education (the entry rate) has increased to 23.3% (the highest level recorded in recent years).

The UCAS figures also show the number of prospective students from the 20% most deprived areas successfully getting a place at a UK university has risen by 5% to a new record level for all ages and by 9% for 18 year olds, taking the increase for 18 year olds to 21% since 2016. This comes alongside UCAS reporting a 3.1% fall in the total number of 18 year olds in the overall population of Scotland.

“During this Year of Young People, it is right that we take the time to celebrate the effort and dedication of our pupils in Fife, and across Scotland, who have worked exceptionally hard in the lead up to their exams.

“I would also like to highlight the incredible work of our amazing teachers and lecturers who have worked tirelessly to prepare their pupils.

“Higher passes remain stable despite a continuing fall in the number of young people on the school roll, while the number of Advanced Highers being taken continues to grow.

“While there is much to do in closing the attainment gap we are making steady progress on widening access, with the number of students from Scotland’s most deprived areas accepted into university increasing to a record high for the third year in a row.

“Anyone who did not receive the results they had hoped for, or who is just unsure about their next steps, should get in touch with the SDS exam helpline for access to expert careers advice.”