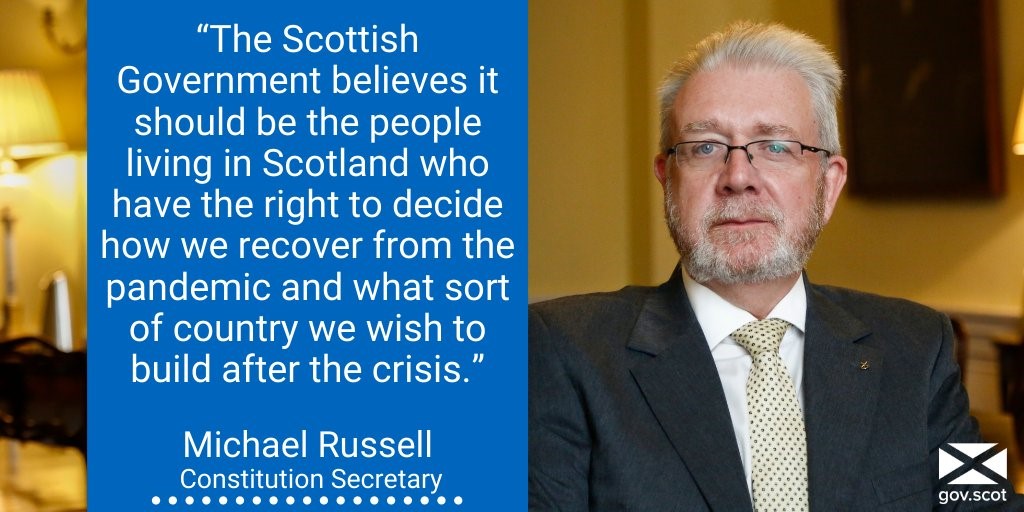 BOTH VOTES SNP FOR A FAIR RECOVERY FROM COVID-19 CRISIS

Mid Fife and Glenrothes MSP, Jenny Gilruth, has welcomed the publication of a draft Bill that will give people in Scotland the right to decide their own future in a post-pandemic independence referendum.

The Bill published by Scotland’s Constitution Secretary, Michael Russell, will offer Scotland the choice of who is best placed to lead the country’s post-pandemic recovery – the people who live here or a government based in Westminster.

The constituency MSP believes that if there is a majority in favour of independence in the Scottish Parliament after May’s election, there can be no democratic justification for the Tories to block the right of the people of Scotland to choose a better future in an independence referendum.

“When the current COVID crisis is over the people of Scotland – not Boris Johnson – have the right to decide how we recover from the pandemic.

“The SNP government is fully-focussed on tackling COVID-19, but the powers that come with independence are essential if we are to create the kind of country we know is possible after the pandemic.

“The most vulnerable in our local communities have suffered at the hands of Boris Johnson and the Tories as they have enforced austerity, further damaged our economy with a hard Brexit, and threatened to sign away our NHS in a damaging trade deal. We can’t let the Tories wreck Scotland’s recovery.

“The SNP Scottish Government has used the powers we currently have to target support at low-income households – for example, tackling child poverty with the introduction of the Scottish Child Payment. But we are doing this with one arm tied behind out back. With the powers of independence, Scottish Governments democratically elected by the people of Scotland, and with their interests at heart, can lead Scotland’s recovery.

“My constituents must have the right to choose a better future in a post-pandemic referendum. Giving both votes to the SNP in May is the only way to protect that right and put Scotland’s future in Scotland’s hands.”