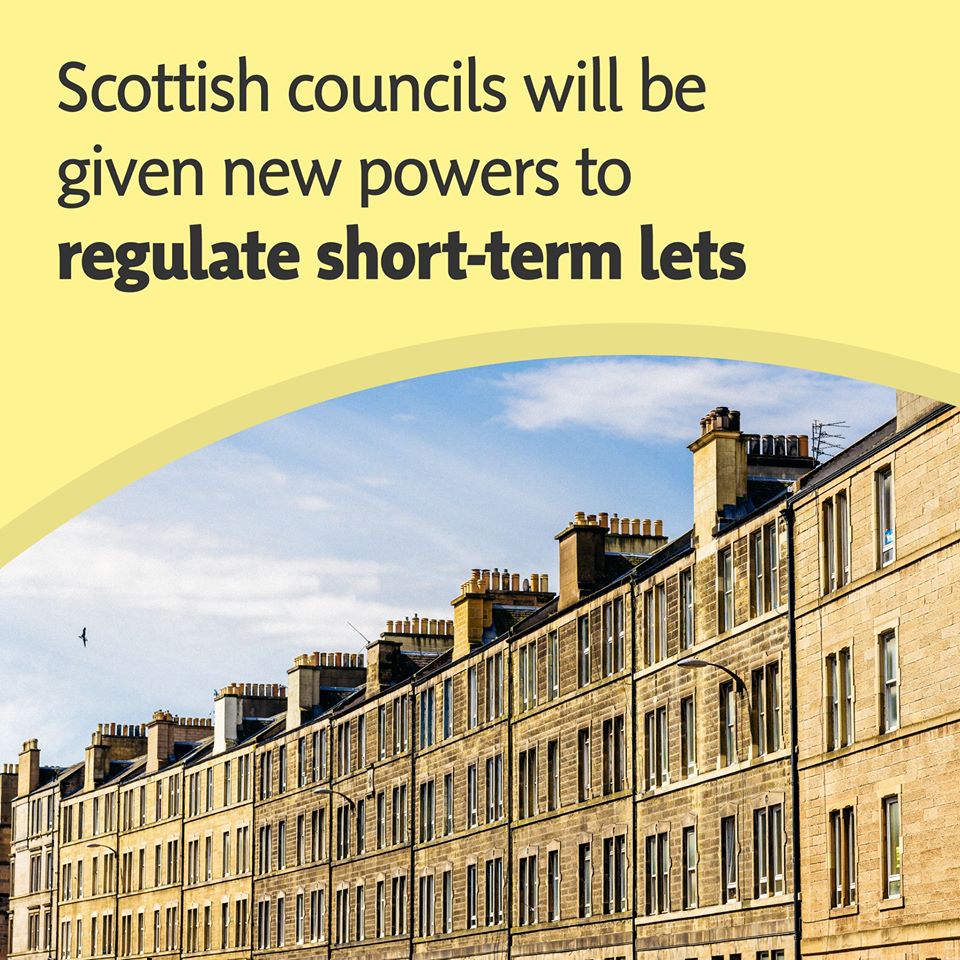 Mid Fife and Glenrothes MSP, Jenny Gilruth, has backed an announcement from the Scottish Government that local councils will be given new powers to licence and limit the number of short-term lets, such as AirBNB.

The number of short-term lets in Scotland has risen dramatically in recent years – but evidence shows that in many tourist hotspots locals are finding it increasingly hard to find homes to live in.

Speaking in Holyrood on Wednesday, Housing Minister Kevin Stewart outlined the SNP’s plans to establish a licensing scheme for short-term lets and a review of the tax paid by the properties – as well handing councils the power to introduce ‘short-term let control areas’ where the number of AirBNB properties can be restricted through planning permission.

Welcoming the announcement, the MSP said:

“We must strike a balance between the economic benefits of tourism to Scotland and the impact on local communities.

“In Fife, and across other tourist hotspots in Scotland, short-term lets such as AirBNB are restricting the number of properties available for those looking for a home to live in.

“The proposals announced by the Scottish Government will give Fife council new powers to control the number of short-term lets in the local community and ensure they make a fair contribution to the services they use.

“The SNP has outlined a robust and proportionate approach to tackling this serious issue – I’d call on my parliamentary colleagues from across Fife to get behind these proposals and help secure real change for the area.”